There’s no need to wait around to get the year’s best deals on all sorts of Apple products, including AirPods, the Apple Watch, iPads, and more.

Plenty of tech is on sale over Black Friday and Cyber Monday including Apple products. Below, we’ve compiled the best Black Friday deals on Apple devices that we could find, including laptops, iPads, Apple Watches, AirPods, AirTags, and more. We’re still keeping an eye out for any iPhone deals that pop up as well, though the only kind of deal we’ve seen thus far are carrier discounts and not actual price cuts on hardware. 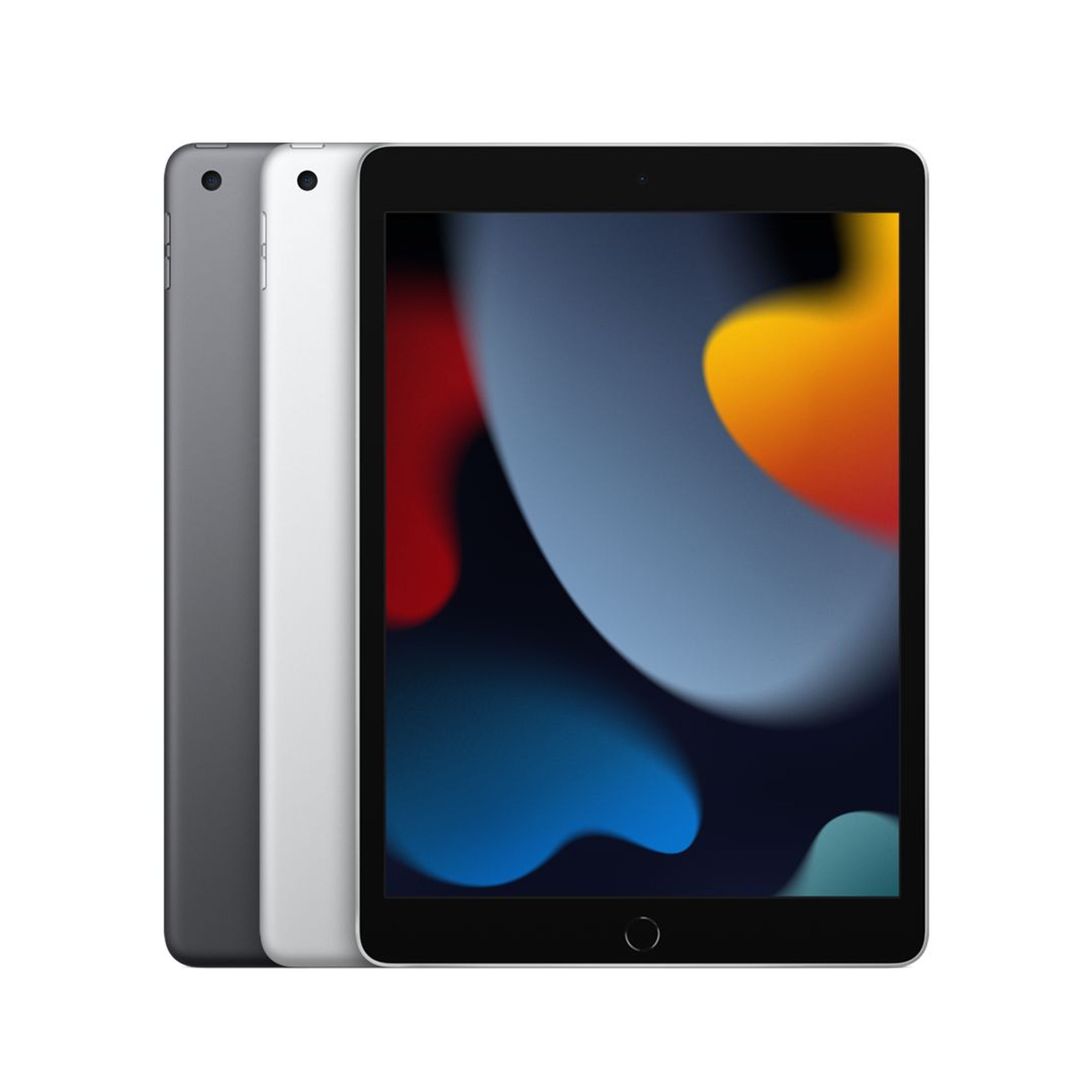 Apple’s entry-level iPad has an A13 Bionic chip and a 12MP front camera that supports Apple’s Center Stage feature. It also is compatible with the first-generation Apple Pencil and the Smart Keyboard, and is the only iPad that still has a 3.5mm headphone jack. 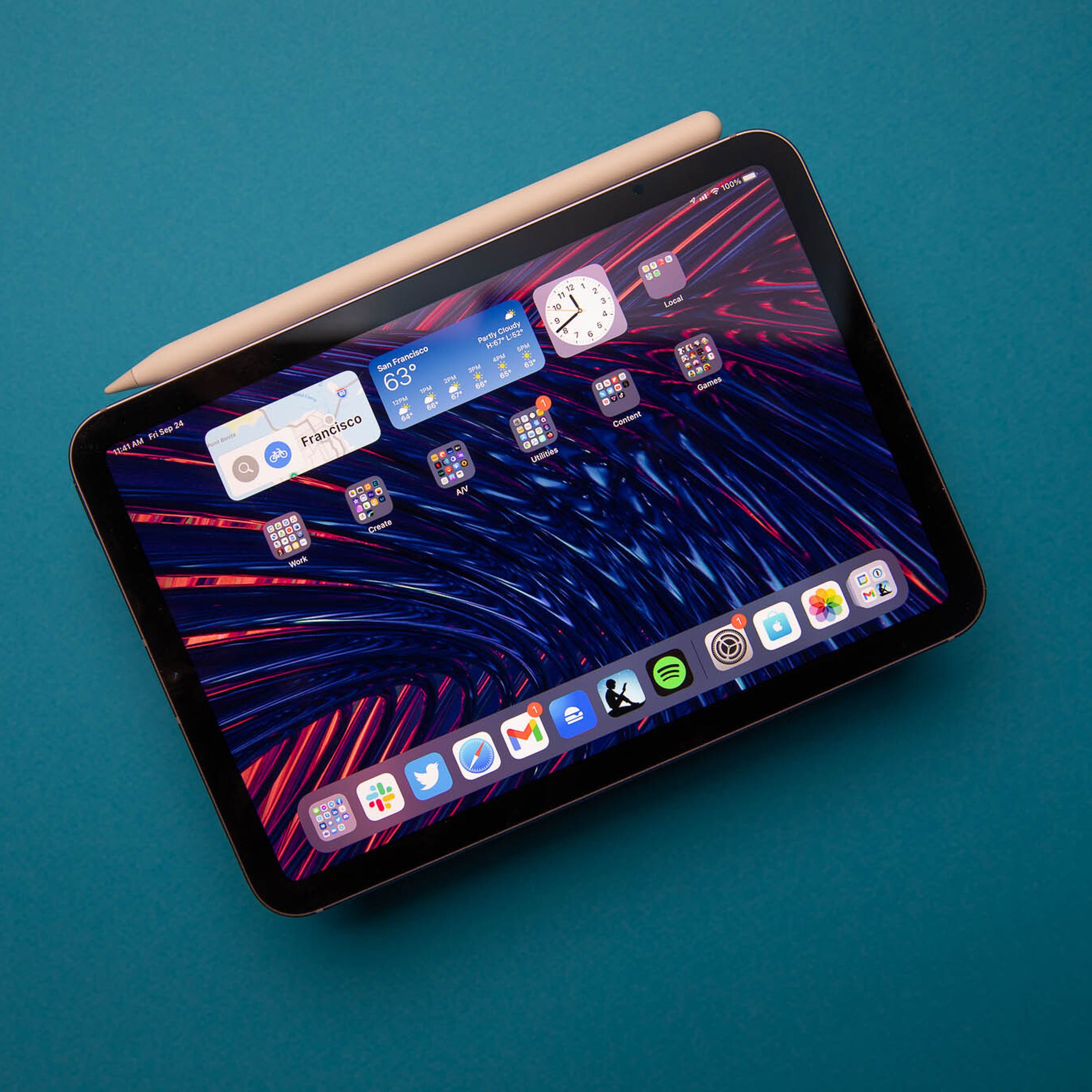 Apple’s revamped iPad Mini ditches the home button and opts for a larger edge-to-edge display. It also comes outfitted with a faster processor, support for USB-C, and a top-mounted power button that moonlights as a Touch ID sensor. 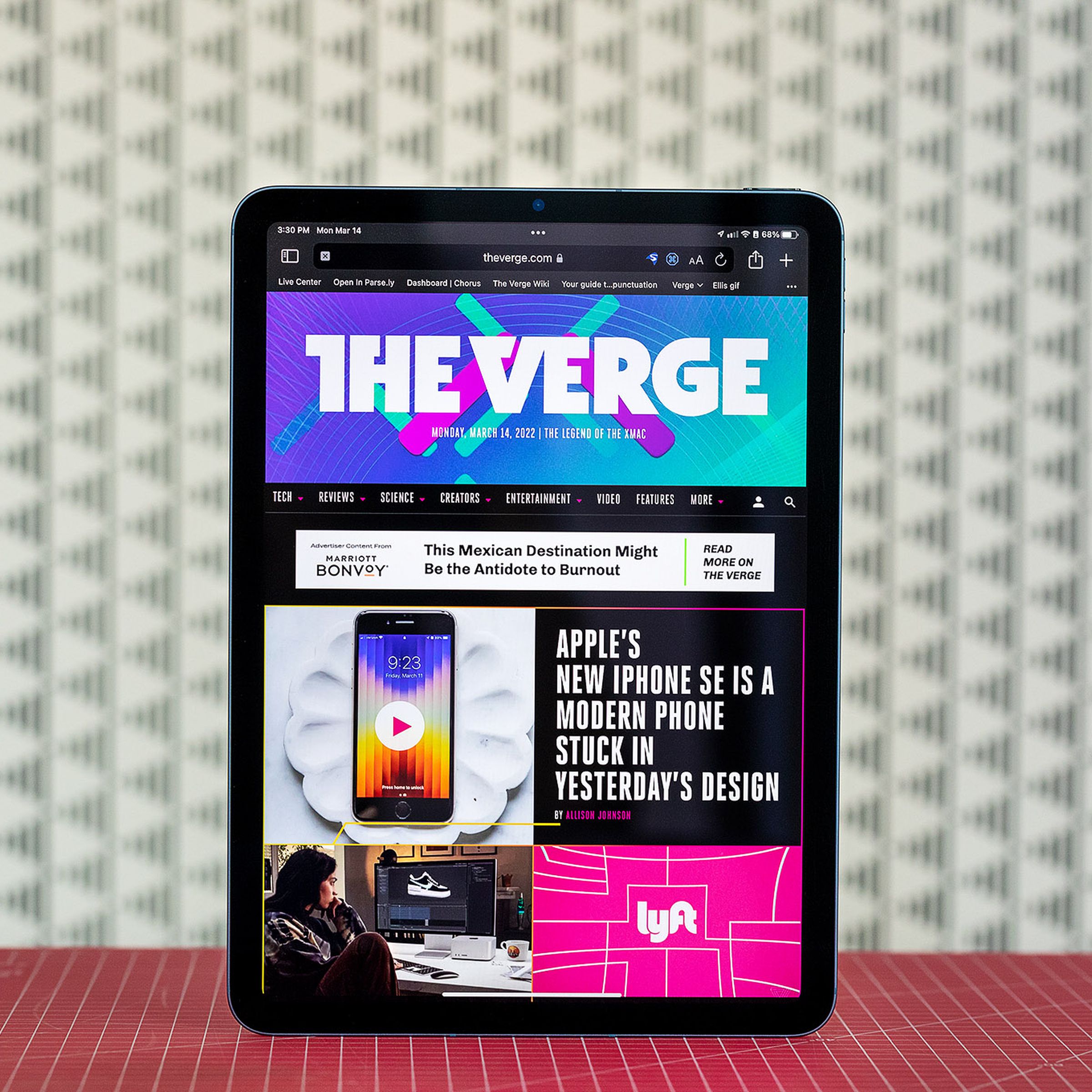 The latest iPad Air retains the iPad Pro-esque redesign of the 2020 model but does away with the A14 Bionic processor in favor of Apple’s lightning-fast M1 chip. It also comes in five colors and boasts a 12MP front-facing camera with support for Apple’s Center Stage feature. 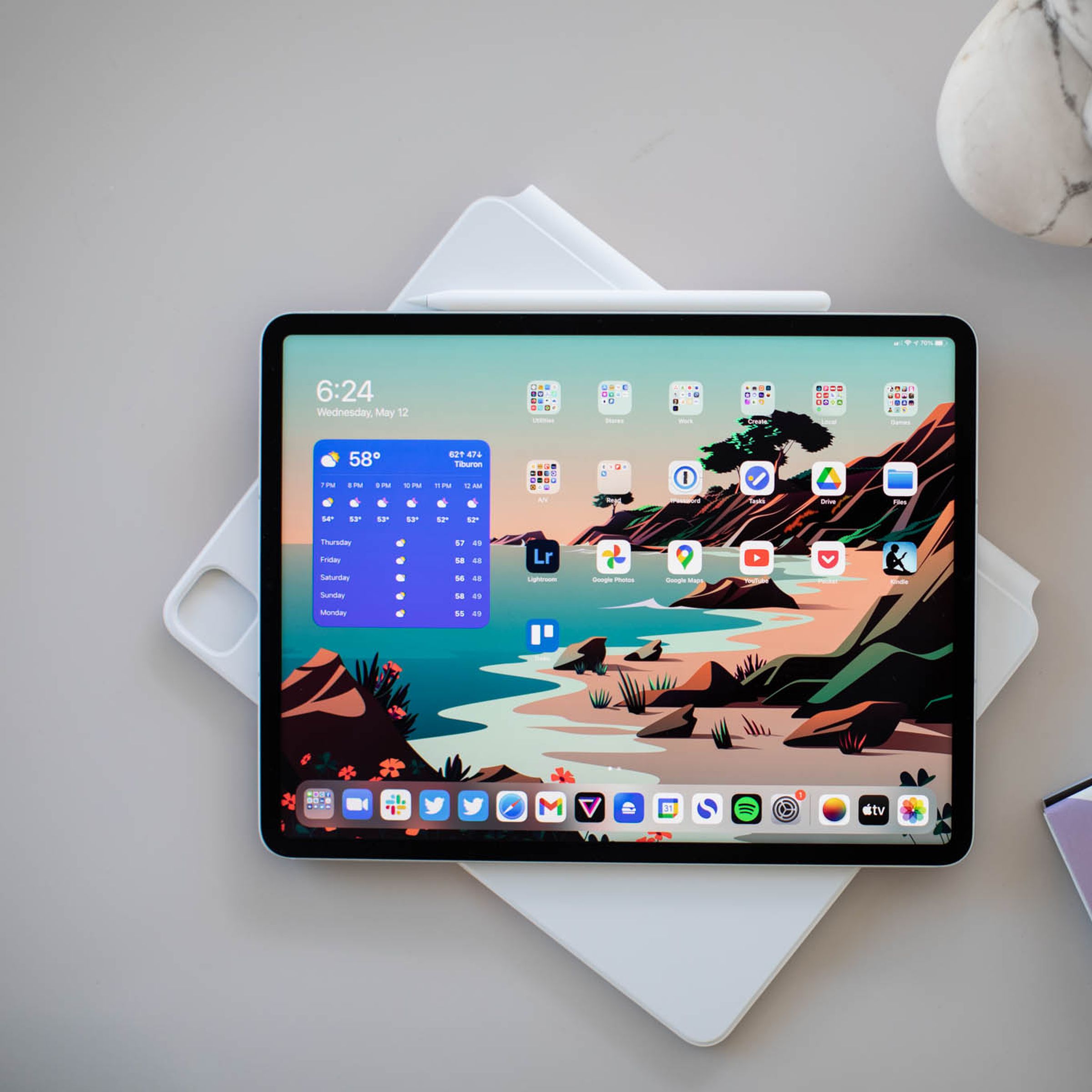 Apple’s latest iPad Pro comes with the company’s own M1 processor and Thunderbolt. However, the 12.9-inch model also touts the best display of any tablet available.

The AirPods’ small size makes them a great stocking stuffer, even though they’re a bit on the pricey side for a stocking (unless your family puts way cooler stuff into theirs than mine did). The brand-new, second-gen AirPods Pro with noise cancellation have received a $50 discount, bringing them down to $199.99 at multiple retailers. If you don’t want to spend that much, the second-gen AirPods areavailable for as low as $79 at Amazon. We’ve previously seen better deals floating around for the AirPods Max compared to what’s available now, but they’re $449 at most retailers, down from the $549 you’d pay if you shop at Apple. 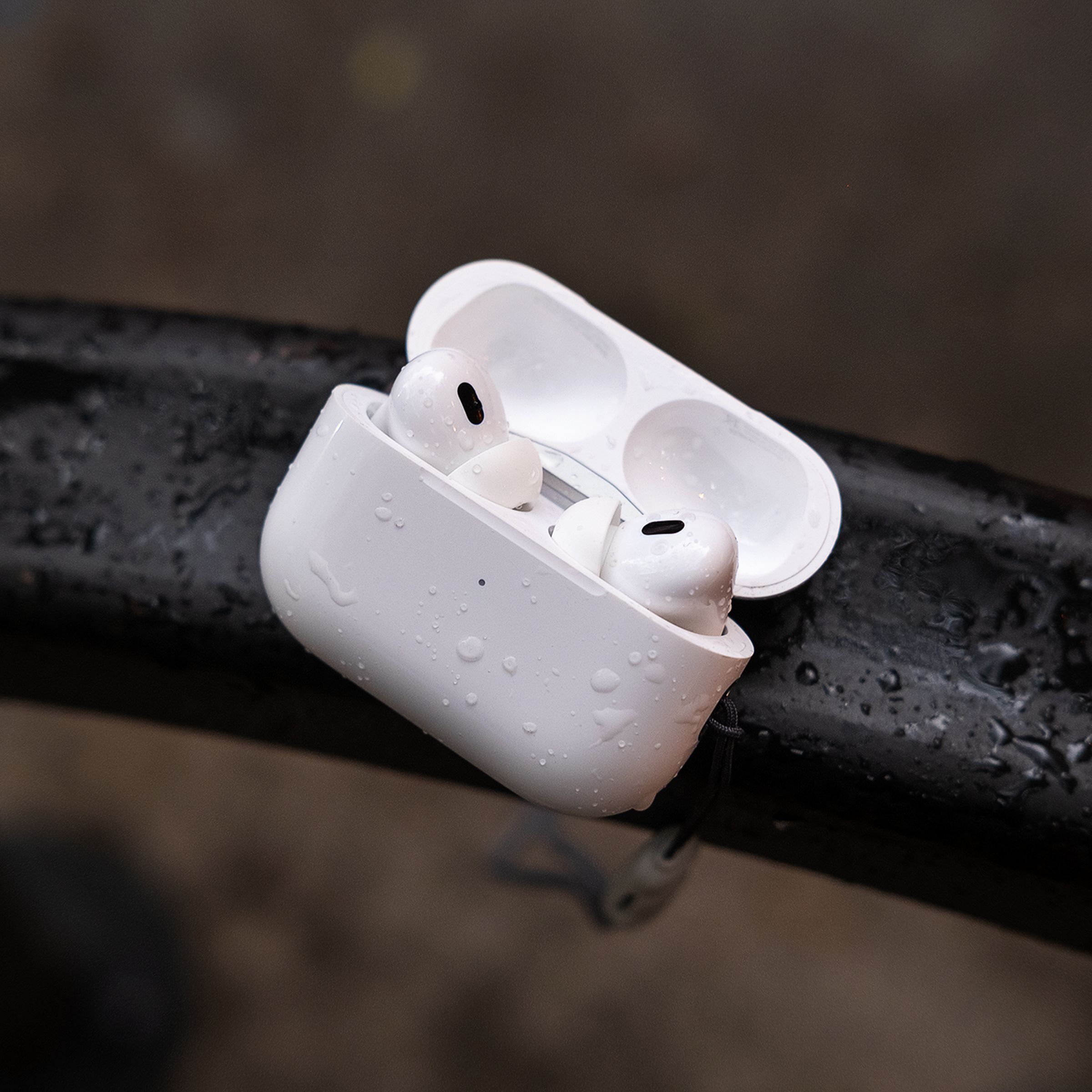 Apple’s latest AirPods Pro take after the last-gen model but include swipe controls and a new H2 chip that allows for improved noise cancellation. They also come with a water-resistant charging case that offers support for Apple’s robust Find My network. 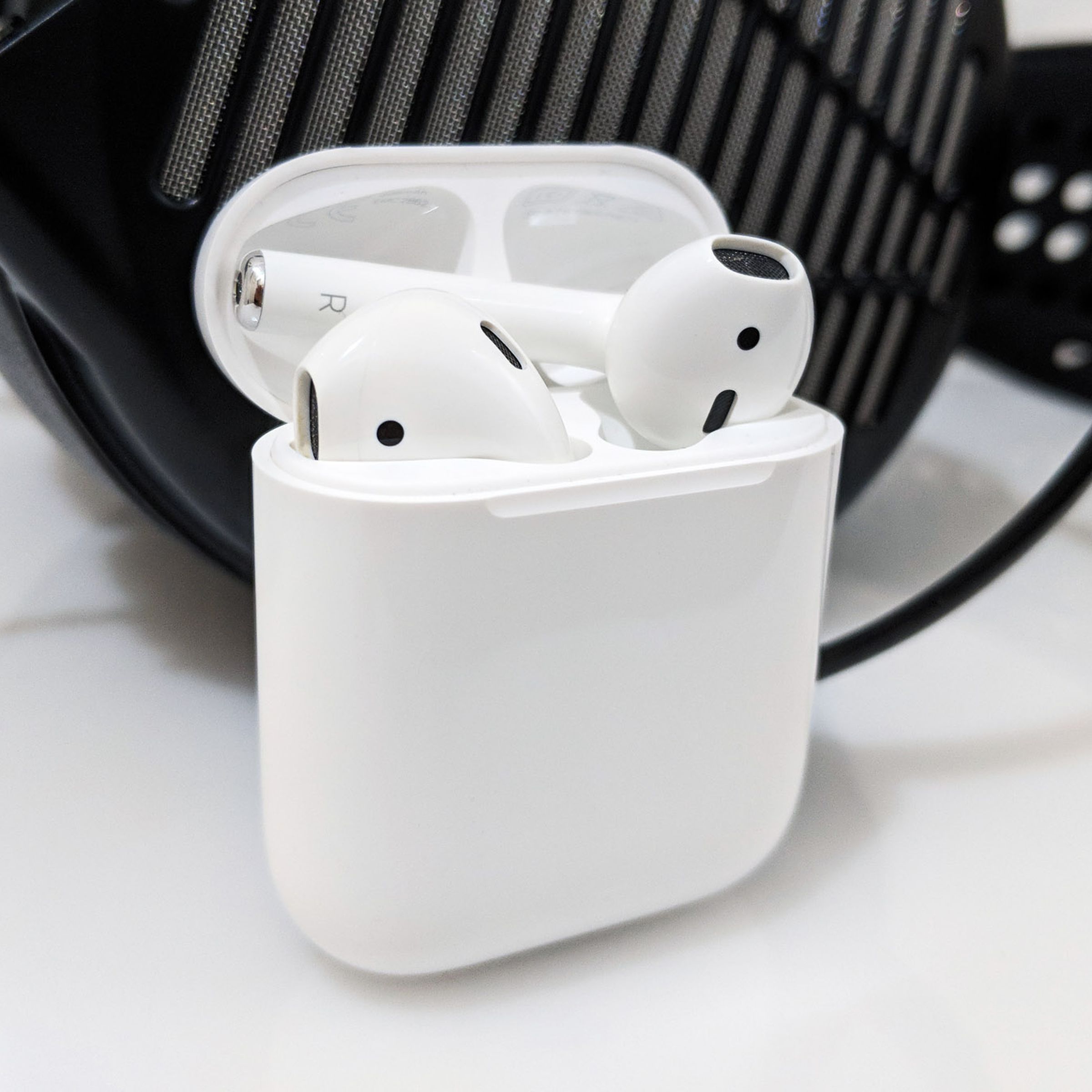 The AirPods are Apple’s second generation of true wireless earbuds and the cheapest model in the AirPods lineup. 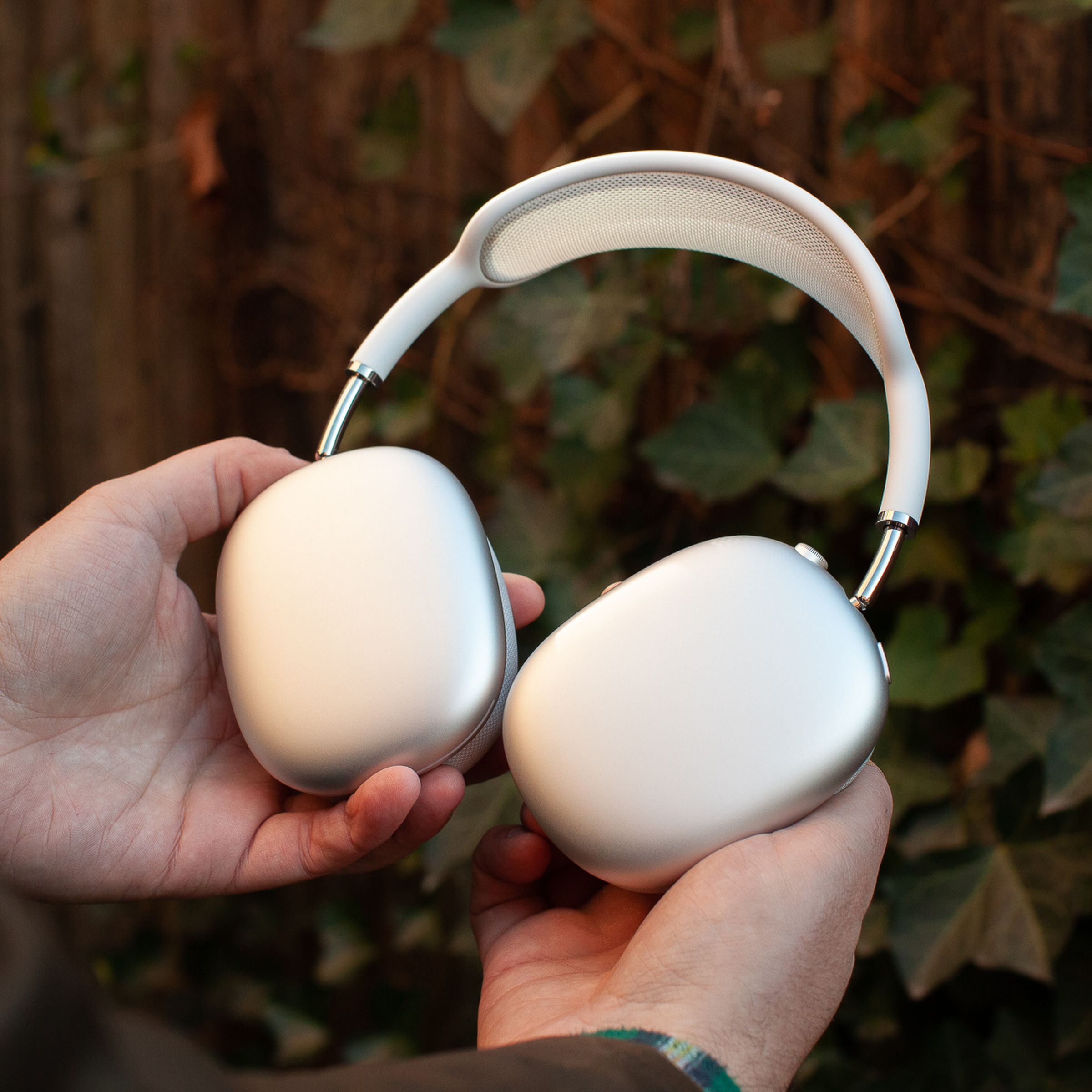 The holidays are a great time to finally get the discount you’ve been waiting for on the latest Apple Watch models. Even the latest Apple Watch Series 8 is seeing price cuts of up to $50 off of its usual price. The 41mm-sized option with GPS capabilities is $349 while the larger 45mm model is $379.99 instead of $429. The 49mm Apple Watch Ultra is considerably more expensive at its original $799 cost, but even that’s $60 off for the holidays. 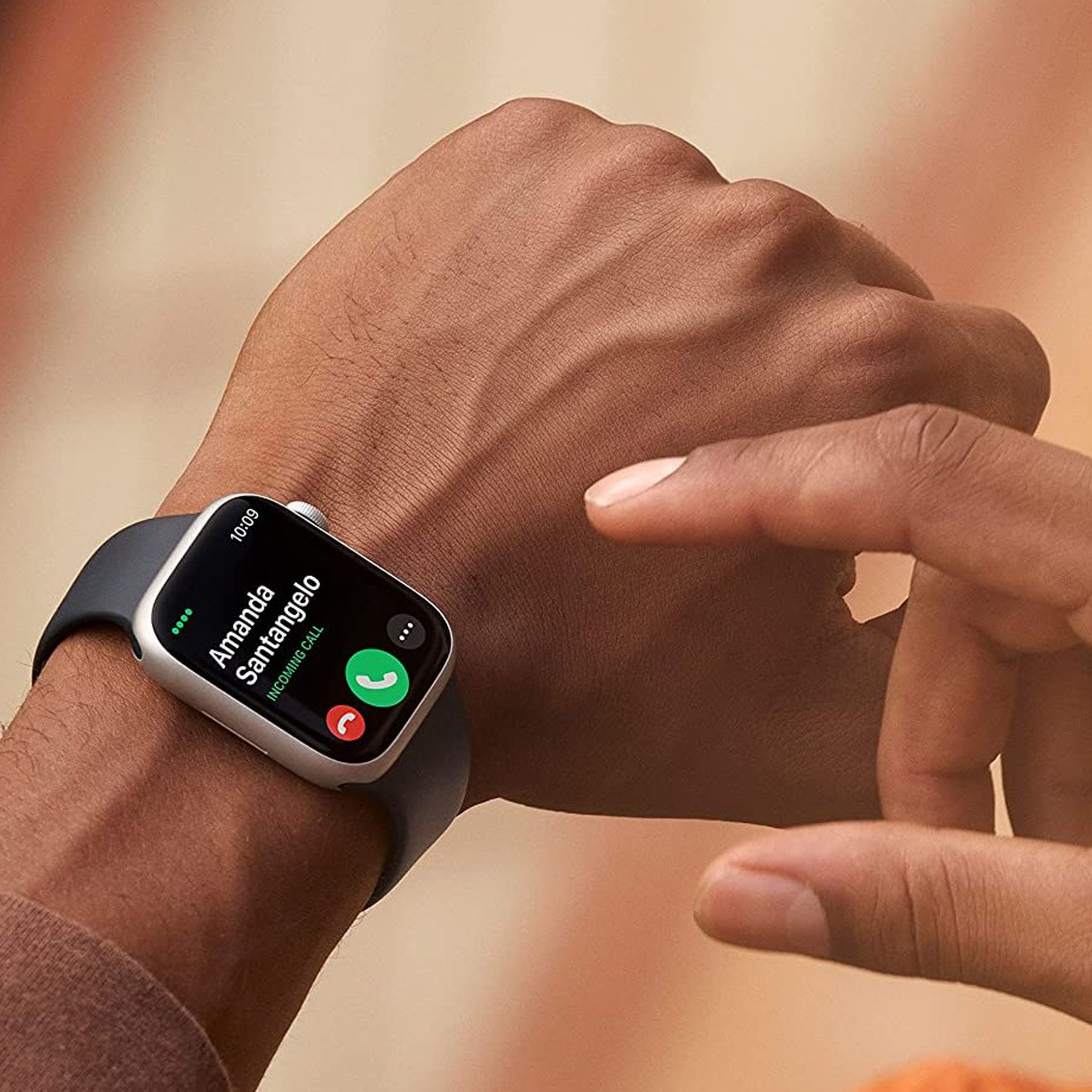 The latest smartwatch from Apple features watchOS 9 along with crash detection and temperature sensors that enable menstrual cycle tracking — something you won’t find on any other model. 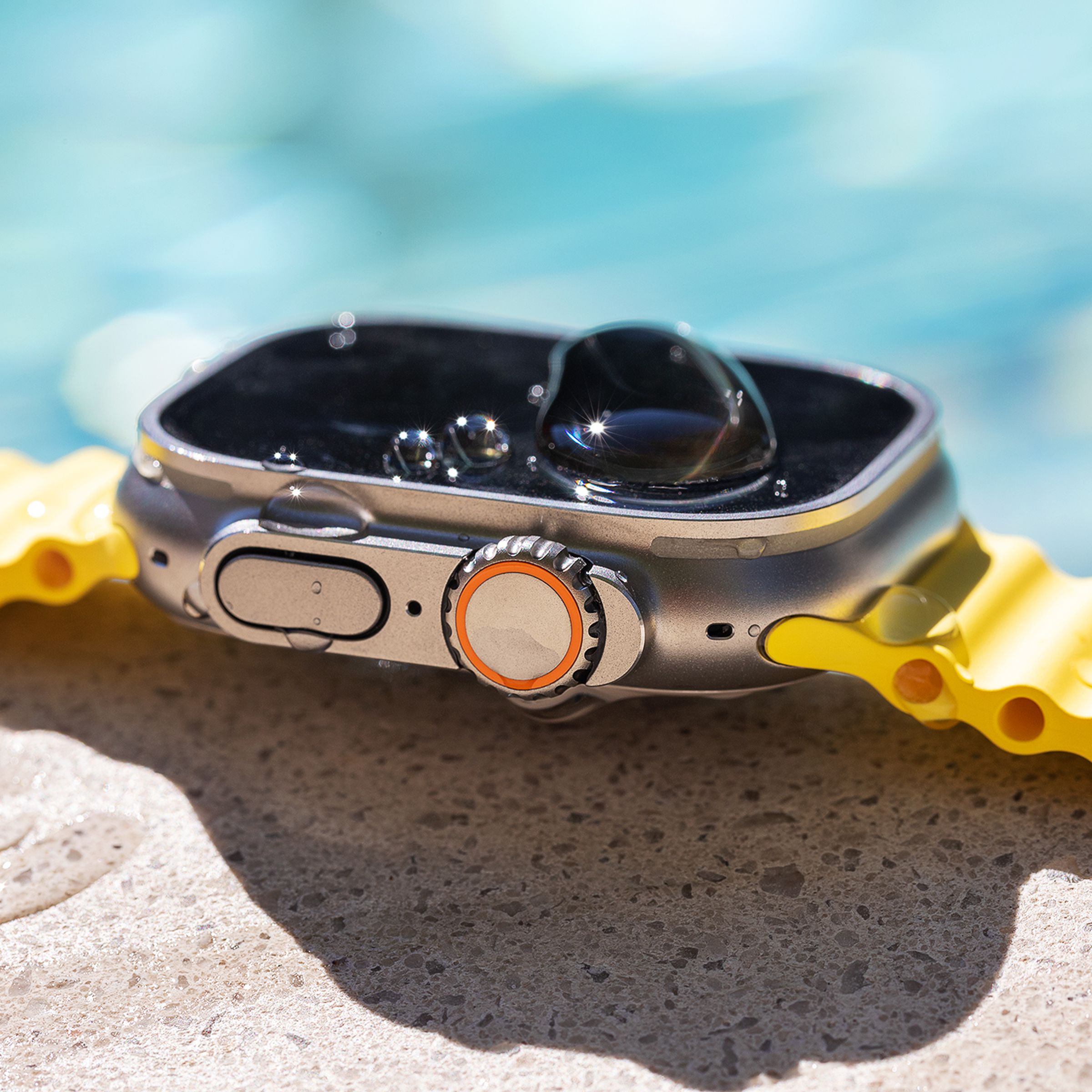 The Watch Ultra is the most rugged and capable Apple Watch available. It has a thicker, bigger build than the Series 8, precise GPS tracking, and sensors that can measure metrics for diving. It only comes in one size and configuration, and it supports both GPS and LTE.

Apple recently released a new model of the Apple TV 4K that’s smaller, yet more powerful than the prior version. It’s the better option if you want the most features, including HDR10 Plus support, double the storage (64GB versus 32GB) and an included Siri Remote that has USB-C charging, but it’s only about $5 off its normal $129 price.

There are a lot of MacBook models out there, and the discounts we’re seeing for Black Friday are — so far — similar to what we’ve seen before. But there are still some savings to be found. The MacBook Air with the M1 processor, 256GB of storage, and 8GB of RAM is down to $799.99 ($200 off). The 2022 MacBook Air model, which brings several upgrades including a new design, a better webcam and display, MagSafe charging, and the M2 chip, is $1,049 instead of $1,199. 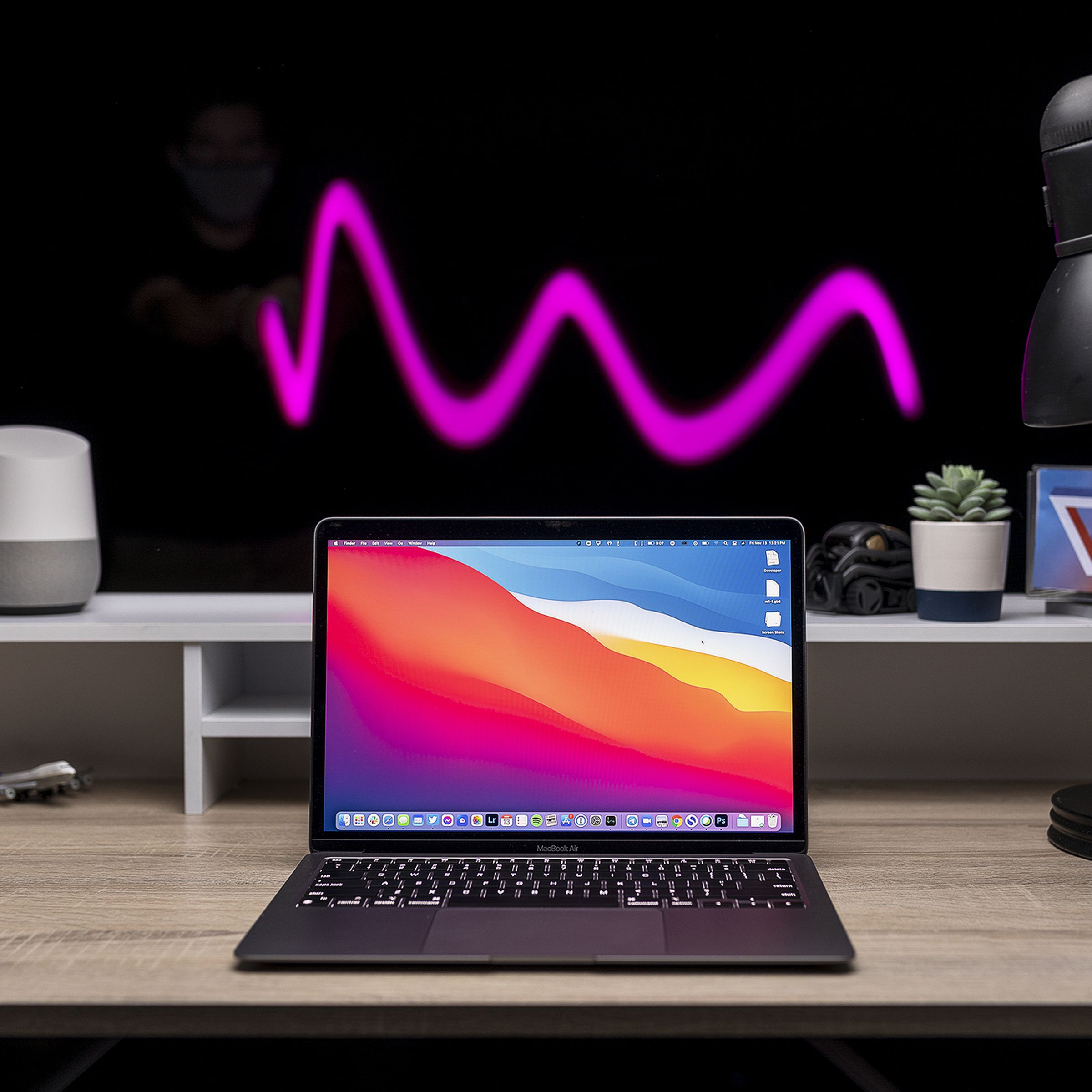 The MacBook Air is Apple’s entry-level laptop, which comes outfitted with the company’s new M1 chip in one of three different colors (silver, space gray, and gold). The redesigned MacBook Air is a thin, lightweight device powered by Apple’s latest chip. The M2 model also touts a 1080p webcam and a better display than its predecessor, while retaining features like long battery life and MagSafe charging.

The 14-inch MacBook Pro is a stellar laptop in many ways, including a brilliant display, a great keyboard, fast specs, and several useful ports. 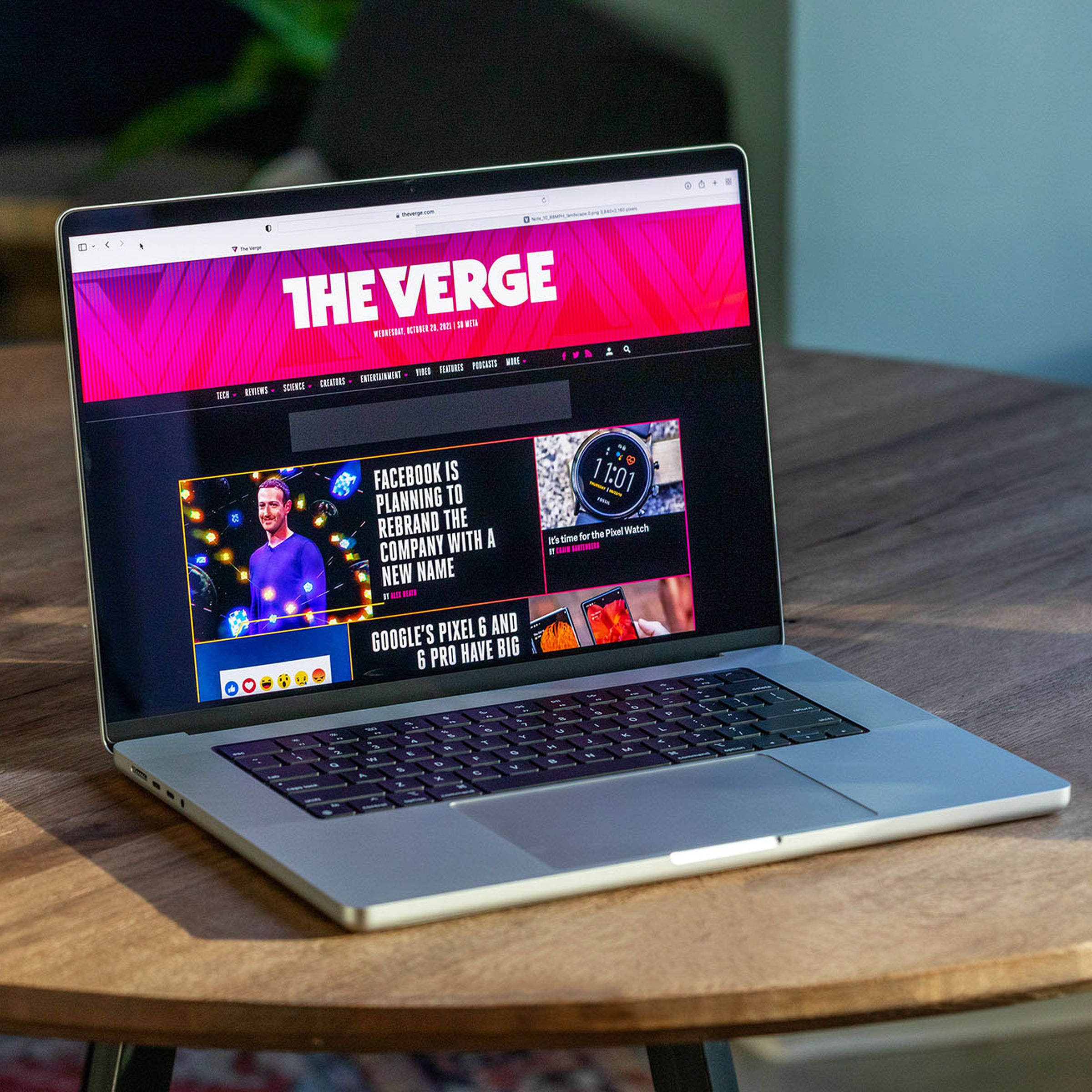 The new 16-inch MacBook Pro is a creative powerhouse equipped with Apple’s latest silicon. Configurable with either the M1 Pro or M1 Max, the 16-inch screen can be lent out to up to three external displays and a 4K TV simultaneously, thanks to its vast array of ports.

The Apple Pencil (second-gen) is down to $89 at Amazon, a price that we’ve seen before, but remains a good deal. This stylus is compatible only with the most recent two iterations of the iPad Air, the latest iPad Mini, and iPad Pro models dating back to the 2018 redesign that brought the USB-C connector to Apple’s tablet lineup.

Lastly, Best Buy and Amazon are offering a $15 gift card or promotion credit for their respective storefronts when you purchase a $100 Apple gift card. The Best Buy promotion is already live, but Amazon’s lasts between Black Friday and Cyber Monday (November 25th through the 28th).