One of the biggest critiques about the Apple Watch since the beginning has been its battery life. Here’s how to use Low Power Mode which can up to double your battery life.

Though not in the original watchOS 9 betas, Apple surprised users by announcing the feature at their “Far Out” Apple Event in September 2022.

Here is the background of Low Power Mode, the devices that support it with watchOS 9, and how to enable it — plus what it disables — to maximize your watch’s battery life.

What Low Power Mode does on watchOS

While it disables features that may be running in the background and utilizing power, Apple made sure that features that still engage with the core use of the Apple Watch are still enabled and functional.

Prominent features that will be turned off when enabling Low Power Mode would be: the Always-On Display, auto workout detection, background heart rate and blood oxygen measurements, heart rate and irregular rhythm notifications, limiting WiFi connections, and incoming notifications will be delayed as well.

Complications will update less frequently, making a phone call may take longer, some animations and scrolling may appear less smooth, and Siri may take longer to press requests as well.

While the Apple Watch can utilize your iPhone for WiFi and cellular connectivity, when you are away from your phone, the Apple Watch may turn on connectivity even when in Low Power Mode to be able to perform the tasks you want to complete. This may cause significant battery consumption. 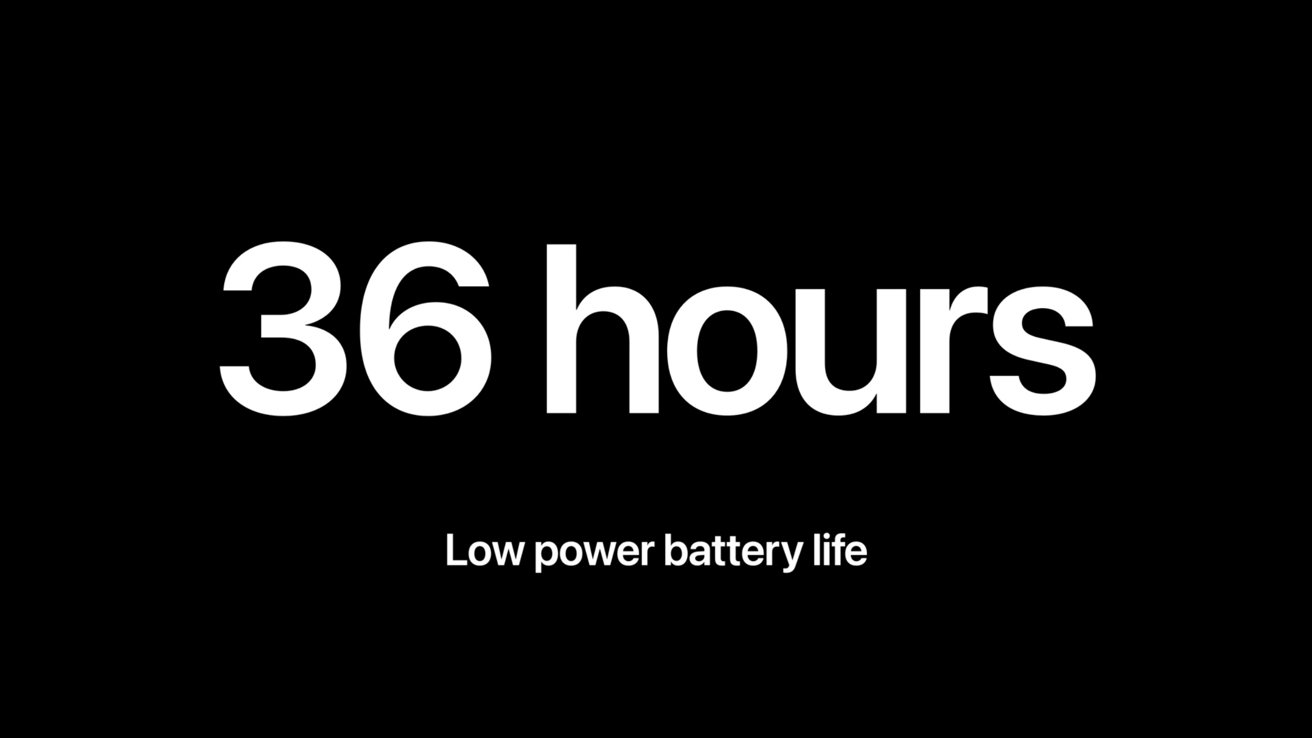 Disabling these features while enabling Low Power Mode will extend the Apple Watch’s battery to up to 36 hours of use from a full charge.

Low Power Mode is available on Series 4 models and later, they just need to be running watchOS 9.

How to enable Low Power Mode

Turning on Low Power Mode is located in a very convent area and is very easy to turn on and off. Here is how you activate Low Power Mode on the Apple Watch.

Low Power Mode can also be done while doing a workout. Here is how to turn it on automatically.

While it is on, your metrics – such as heart rate and pace – will still be measured.

Turning off Low Power Mode can be done at any time. To do so, you just tap the switch like you did to turn it on.

The history of Low Power Mode

Low Power Mode has been included in every device’s software so far. The feature promises longer battery life by disabling background functions that may not be as important to you in the moments you need to preserve as much battery as possible.

First being introduced on the iPhone, Craig Federighi, the senior vice president of Software Engineering at Apple, promised that enabling the feature would extend battery life “by an additional 3 hours”. Low Power Mode was first introduced in iOS 9 back in 2015.

Though it took a couple of years afterward, the iPad and Mac got the feature to their operating systems as well.

The iPad received Low Power Mode in iPadOS 14 – which was released in the Fall of 2020 – and can be enabled similarly to how you would enable the feature in iOS – through the Settings app.

The Mac got Low Power Mode in macOS Monterey – which was released in fall 2021 – and can be enabled in the Battery section in the System Preferences.

Low Power Mode can be enabled manually, through pre-set automations, or by asking Siri to enable the feature for you.

Low Power Mode pushes the battery inside the Apple Watch to last longer by disabling features that may not have to be utilized at the current moment. While that is happening, Apple still keeps features for safety – like Fall Detection – in place even when Low Power Mode is enabled. It is nice to see that the same core experience is still enabled whether the feature is turned on or off.

Phones from and by Google: a visual history of the Pixel and its predecessors